Again, it's been ages since I posted anything but to kick it back into gear I thought I would do a quick step-by-step just to show how I paint my Thousand Sons. It's a pretty simple and quick process that ends in a decently good table top quality level model.

Here they are constructed first - a few more scrolls and scripture parchments will be added later. I have used a mix of Chaos Terminators and Grey Knight bits (thanks to Sam for providing the halberds, tabards and arms). The heads are a mix of loyalist power armour heads and chaos sorcerer helmets (these needed to be trimmed in order to fit into the aperture). 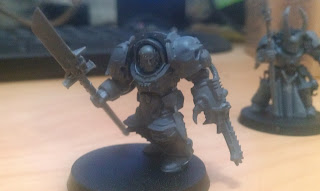 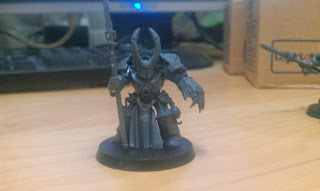 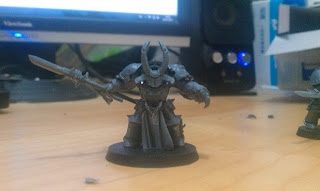 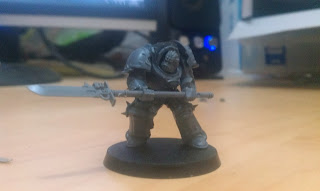 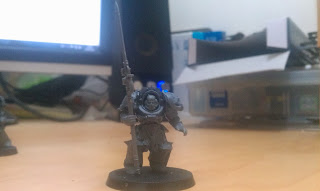 Step 1: Suffice to say they are based with sand and then undercoated black before having a layer of Kantor Blue dry-brushed over them. 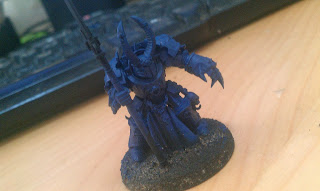 Step 2: The main panels are filled in (cell shaded I like to call it) with Caledor Sky. 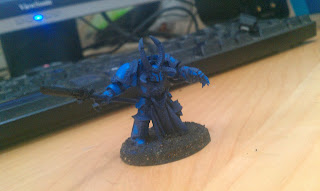 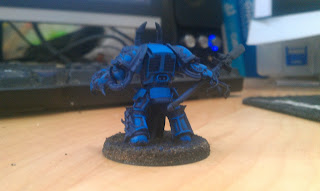 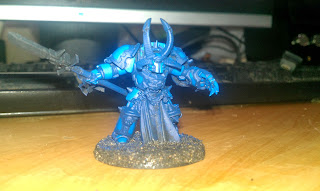 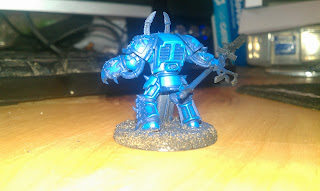 Step 3: The entire model is then washed with Drakenhof Nightshade 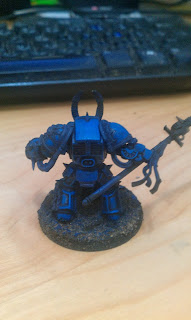 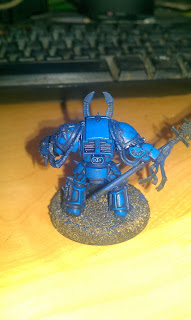 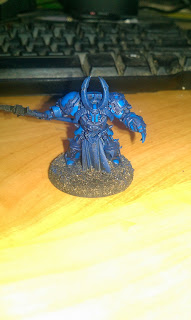 Step 4: Trim is then done in Shining Gold 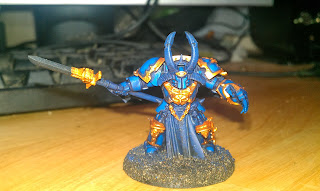 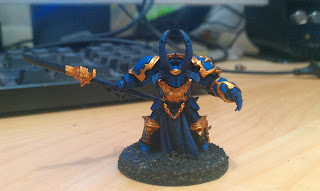 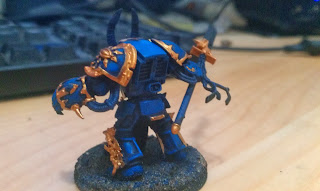 Step 5: The gold is then washed in Nuln Oil to take the shine off 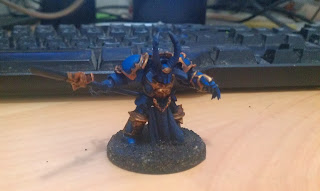 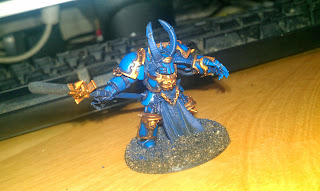 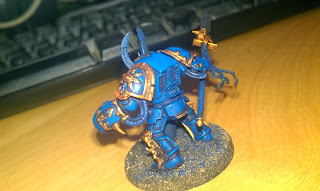 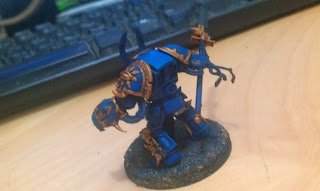 Step 6: The details, weapon(s), robes etc are then finished off. I used Dheneb Stone on the horns, robe and oath parchments followed by washing them with Agrax Earthshade. The blade was done with Liche Purple, highlighted with Warlock Purple and then washed with Leviathan Purple before glazing with Gloss Varnish. 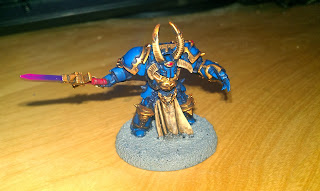 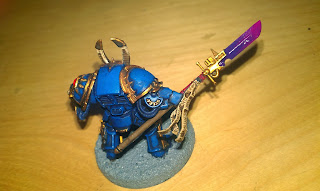 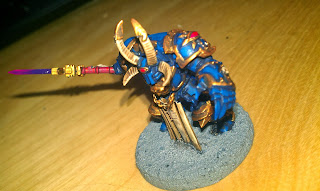 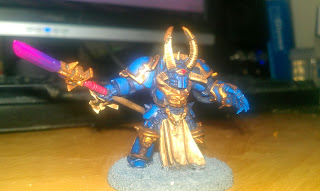